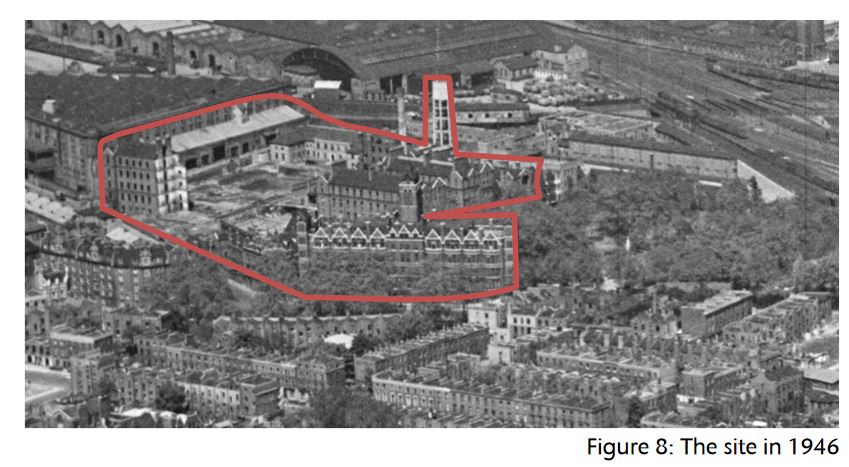 There are proposals for major rebuilding of hospitals around St Pancras, adjacent to Camden Town, and small-scale but significant alterations for the shops of Camden Road broadway.

The Archaeological Assessment for St Pancras includes a photograph of 70 years ago, see above. However, the Assessment is deficient in understanding the Fleet River valley pre-history. Why is this ancient site here? Is ‘St Pancras’ related to Roman or earlier funerary practices? What has happened to the ‘sixth century altar stone’ described by antiquarians? Read this response.

The proposed ten-storey building is criticised by the Victorian Society and Regent’s Network as too high and too dense. We also object.

Also important are two proposals for alterations no 128 and no 126 of the shopping terrace at Camden Broadway which also need arguments for conservation.