The brothers Adam and Otto Hilger came from Germany to London in the 1870s making precision optical instruments in Tottenham Court Road. They moved to Camden Road, and Rochester Mews behind, in 1900, where Frank Twyman FRS became managing director and made innovations in spectroscopes and prismatic equipment. 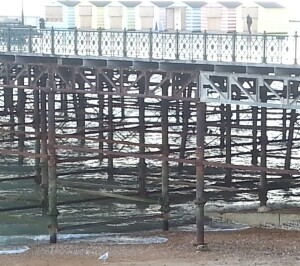 St Pancras Borough was an innovator in generating electricity under engineer Sidney Barnes, notably burning refuse in a ‘Dust Destructor’ near the canal on Kings Road (now St Pancras Way). Other innovative engineers of Camden Town include John Seaward and his brother Samuel, who developed steam engines for naval use,  and Eugenius Birch who built 14 seaside piers (including Brighton and Hastings) using  iron-screw frames. Perhaps  the stucco style of the south coast resorts influenced his choice for the Italianate house at 6 Rochester Terrace.

In Camden Town, several scientists worked from their homes, keeping links with the scientific colleagues through the Institutions of their disciplines in London. Some had an interest in popularising knowledge, through public associations and writing.

Oliver Heaviside, born at 55 King Street, his father an engraver, while his aunt was governess for, and then wife to, Charles Wheatstone, who set Heaviside’s interest in electricity. From 1875 the family lived at 3 St Augustine’s Road, where he worked by publication but without academic support. He moved with his parents in 1889 to Devon.  Catherine Raisin was born at 13 Camden Terrace (now 154 Camden Street), her father a pannierman at the Inns of Court. She attended Miss Buss’s North London Collegiate School in Camden Street, then University College, and became Head of the Geology Department at Bedford College.

Among several academic scientists of Camden Town are Augustus de Morgan, at 7 Camden Street, who with his wife Sophia was interested in spiritualism and carried out paranormal investigations in his own home with the medium Maria Hayden. De Morgan was followed at University College by Olaus Henrici, who in the 1881 census lived at 21 South Villas in 1881. He became President of the London Mathematical Society which Augustus de Morgan had founded. 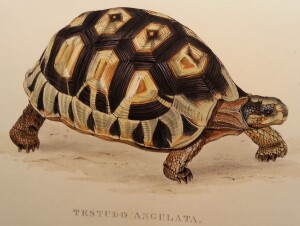 From 1831, at 5 Camden Terrace West (Camden Gardens) lived James de Carle Sowerby, a zoologist and scientific artist. As well as active with the Camden Town Scientific and Literary Society, he founded the Botanical Society of London in the inner circle of Regents Park. The printing of plants and molluscs required fine skill and James Edwards, living at 69 Camden Road Villas led the firm Savill, Edwards & Co, whose publications included Conchologia iconica, by Lovell Reeve, which  went through 20 editions