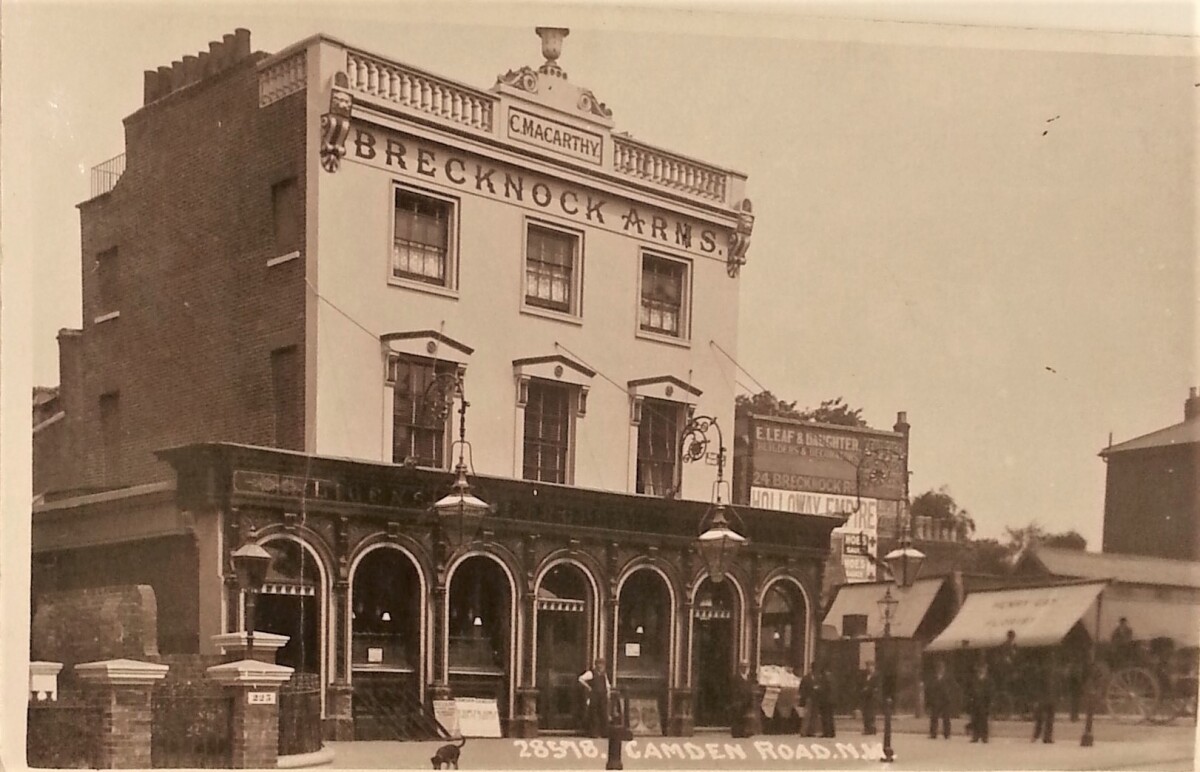 The Brecknock Arms was built on the northern boundary of the Camden Town estate at the junction of Camden Road and Maiden Lane. George Pratt (1799-1866), who was to be the third Earl Camden, held the courtesy title Earl of Brecknock. Maiden Lane was in due course renamed Brecknock Road.

A floor cloth factory was initially built at the junction. With fields of Camden Town estate to the left, the factory can be just seen as a small building directly on the road in the middle distance.

There was a toll gate at the junction top of Camden Road, by the Brecknock Arms. Specified in the Act of Parliament, the Commissioners for Roads could charge one penny for a herd of sheep.

The Brecknock Arms was the site of a duel – one the last in England.  Colonel Fawcett was taken to the Camden Head, in Rousden Street, where he died. The story, first reported in the Spectator (8 July 1843), is told on the Camden New Town history site

James Stone, the publican, was building houses around the Brecknock Arms in the 1840s. George Scharf,  later the first director of the National Portrait Gallery, delighted in drawing men at work on buildings.

The Brecknock Arms inn might be seen also in this summer evening picture of digging pipes down Camden Road, where the New River Company had a reservoir. 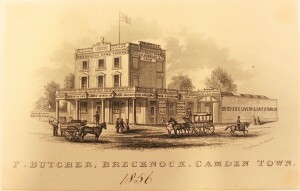